MzVee set to launch DaaVee on 1st May

The album can be exclusively pre-ordered on aftown.com/daavee. The amazing fact about MzVee’s album launch is that the first 10 lucky fans who purchase the album on aftown.com will have it personally delivered by MzVee herself. The album will available worldwide via aftown.com on the 1st of May.

Go ahead and pre-rder your copies now!

Edem, Kuame Eugene, Shaker, Gasmilla & FlowkingStone are all featured on Nana Yaa's new EP coming out this August. From what we’ve heard, we can guarantee it’s going to be worth the wait.
byAntoine Mensah
1 share
1
0
0 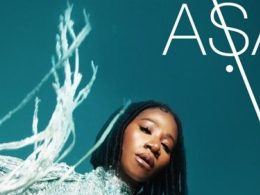