One of the biggest Afro beats group in Africa, R2BEES unveil a sizzling new single titled ‘EBOSO’ from their upcoming fourth studio album, ‘Back 2 Basics’, via R2BEES Entertainment. The RnB leaning, melodic Highlife track sees the legendary Ghanaian music group more comfortable than ever lyrically flexing in their mother tongue and pidgin English.

The song arrives with a groovy feel accompanied with powerful drums, followed by the calm and harmonious vocals of Mugeez and the sonorous voice of Omar Sterling ushers listeners into a paradise of enjoyment. The track sees Mugeez in top form as he shows off his vocal prowess with the catchy hook and Sterling’s verse offers a lyrical masterclass and showcases his musical versatility as it accommodates his rapping and singing skills.

‘Eboso’ is a single off the group’s upcoming fourth studio album, ‘Back 2 Basics’ which is set for release on 25th November, 2021 and stems off the back of their hit single, ‘Fine Wine’ featuring King Promise and Joeboy. R2BEES are arguably the biggest music duo in their home country of Ghana and Africa at large since the release of their earlier singles, ‘I Dey Mad’ and ‘Yawa Girl’ in 2008, which became instant hits and fan favorites.

Listen to Eboso’ on aftown 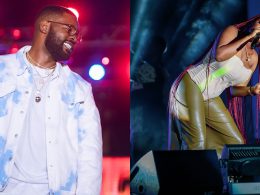 Sensational singer, Gyakie has promised that her next EP will go global & has since been seen linking…
byTeam aftown 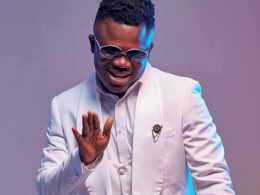 ‘3nity’, his 2nd studio album, is a mix of 3 genres on 21 tracks. With this album, you get to experience a new side of Epixode’s music. 3NITY’s production features a list newbies like Craig Bone, Angeo Pablo & Fizzi, as well as some of the OG’s like Ephraim, Dat Beat God & Mix Master Garzy.
byAntoine Mensah
11 shares
11
0
0 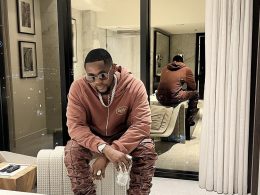