Headmaster’s of the notorious Stubborn Academy, Medikal & Shatta Wale have announced admissions for the 2022 academic year via an application form.

Medikal and Shatta Wale released a banger titled Stubborn Academy and today has shared a photo of their forms which means they are recruiting new members into their Stubborn Academy as well as showing the certificate they will receive after that.

This Stubborn Academy seems to have moved from being a sensational song to a real academy now that a form is out for enrollment as well as a certificate to be awarded after serving for some period of time which isn’t specified.

From what was written on the certificate, it’s testing how loyal, sincere, hardworking, and dedicated you are while working with them and that means you’re going to be under Medikal or anyone you were given to for a period of time.

Listen to Stubborn Academy on here

“The more you are yourself, the more you can create that luck that draws that energy,” Ghanaian hip-hop…
byTeam aftown
2 shares
2
0
0 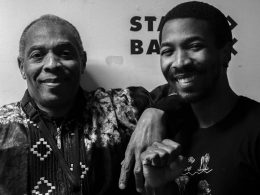 Femi Kuti And Made Kuti To Co-Headline ‘Father & Son: The Experience’ Show