Afezi Perry features Sarkodie on ‘You’

byCurated
1 minute read
Total
1
Shares
1
0
0
0
0
0
Young Ghanaian song writer, Highlife and Afrobeat sensation Perry Addison Known in music as Afezi Perry has dropped a new tune which he featured Sarkodie  dubbed ‘ You’.
Afezi who hails from the Western Region of Ghana was introduced in 2009 into the music industry by his God father Castro. Afezi has collaborated with legends like Obrafour, Castro and other big names in the industry.
In 2016 he was nominated in the unsung category at the Vodafone Ghana Music awards together with Kuami Eugene, Deon Boakye…etc. He has hit singles like ‘Ahaban’, ‘Dewdew’, ‘Oh Nah’ and ‘Jealousy.’
Sarkodie expressed his excitement on twitter about the Talent and the collaboration which he wrote that the song is one of his favorite collaborations recorded this year.
The Song ‘You’ talks about a man who promises a lady he is the only one he loves and will do anything for her.
Produced by Wilisbeats the song is undoubtedly one of the best tunes to hit the country before the end of 2018. Download and Stream ‘You’ by Afezi Perry on Itunes, Soundcloud, Spotify and all other platforms.
Afezi Perry is under the management of Hyphen and African Invasion Movement in Canada.

Stephen Bright Makafui Agyemang, known in the music scene as Makafui has exhibited some healthy muscles in his…
byCurated
15 shares
15
0
0 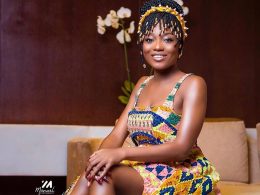 Ghana’s celebrated singer and songwriter Efya has announced that she will be dropping a new single very soon.…
byTeam aftown
1 share
1
0
0
Read More

In the ecosystem of music, the DJ used to be the most powerful person standing between the artistes…
byAntoine Mensah
AllEscort