As part of plans to create a new brand, musician, Akoo Nana will now be referred to as ‘Narna’.

The artiste made this known in a video clip shared on social media, Tuesday.

“I’ve changed my name from Akoo Nana to Narna,” he said. “With the reasons, some are personal, rebranding [purposes] and calls from the fans. I think this is the right time for me to come out officially.”

Narna has asked his fans to expect something different henceforth.

TEFLON FLEXX, ONE of the greatest artistes from the Northern part of Ghana, born Akaateba Christopher who recently…
byCurated
Read More

Ground Up to unveil ‘Merry Kidsmas Christmas Party’ on Dec. 22

Ground Up Chale a platform well known for it’s revolution of talent grooming and promotions in Ghana, is…
byCurated
1 share
1
0
0
Read More 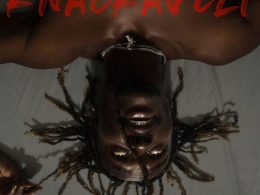