Ghanaian rapper, Black Sheriff, today released the official video of his hit song ‘Kweku The Traveller’ (KTT), which was directed by David Nicol-Sey.

The much awaited visuals of the hit song which has topped charts these past few weeks hit over 40,000 views on YouTube. Fans and music lovers has reacted positively to the new video, describing it a on of the best one yet in recent times.

Just a few days after its release, Shatta Wale’s ‘Reign’ album has made it to Billboard’s World Album…
byCurated
1 share
1
0
0 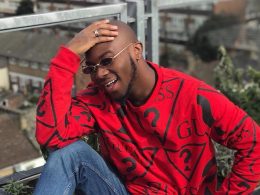