In an interview with Enewsgh the Dryve time on Y DJ said ” I saved the Ghana Movie Awards and you know that for fact. The crowd waited outside for so long before the commencement of the show and you know fatigue will set in. I needed to put some energy in them before the start of the show proper, so my choice of selection kept a lot of the patrons in the auditorium. I knew what song to play at what particular time. ”

Micheal Owusu known as DJ Mic Smith is an event, club, radio, mixtape and artist DJ and also an entrepreneur from the republic of Ghana.

He also currently holds 4 awards and 6 nominations; 2 awards with 4syte TV for DJ of the year, The Redbull club DJ of the year award and Best Mixtape DJ with Ghana DJ Awards. Mic Smith is also the official DJ for EL signed to the highly successful Ghanaian record label BBnZ live.

Mic began DJing by “accident” when looking for a job over 6 years ago, where he had an embedded passion for music and allowed this to take more of a forefront in his life than it had previously. At Hot fm (93.9) in the early stages of 2008, he started as a radio presenter who presented the entertainment news on the Drive Time Show hosted by Okyeame Quophi. Within a year of life in the media world.

He began spinning, his talent was pushed to the next level, when he became resident DJ at one of the most recognised clubs in Accra, Rockstone’s Office known to many as Django. Over the years he was the main focus entertainment at the club and his talent on the decks quickly earned him the nickname ‘The Shutdown King’ exposing him to many opportunities including national and international gigs.

DJ Mic Smith’s music can be purchased and downloaded on aftown.com 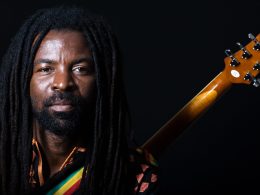 #Grammy2022 : Rocky Dawuni Will Be Representing Ghana For The Second Time At the Grammys

Artiste Manager, Kingsford Sagoe Kalloum,  known in the entertainment industry as Pascal, has been honoured for his contribution…
byCurated
1 share
1
0
0
Read More

The song basically talks about Africa, the culture, the art, the people, their energy. Ogya is a song that holds…
byCurated
19 shares
19
0
0
Read More

One of Ghana’s talented artistes, Akaateba Christopher known in showbiz as Teflon Flexx, who is based in Tamale…
byCurated
1 share
1
0
0
AllEscort