Intimacy by Believe Over Hope – An Aftown Original Album

Is it possible to make devotional music that has wider mass appeal, that resonates and excites an audience outside the Christian community? After listening to Intimacy, the answer has to be a resounding yes! The album is the creation of husband-and-wife duo Prof. Richard and Dr. Sheena Lovia Boateng who lead the Contemporary Christian Pop band ‘Believe Over Hope’. Its lyrical content is clearly a celebration and an expression of their deeply held beliefs, musically this new album is also infectious and accessible no matter which viewpoint you come at it from, Christian or otherwise.

And why does it work so well? Firstly, it doesn’t preach, and the lyrics are written in such a way that they can be applied to people from any walk of life and no matter what life views you hold dear. Secondly, the real icing on the cake is the musical blends that the album is threaded from, everything from soul to pop to dance to R&B and beyond, and it takes in subtle lulls as easily as it does sky-searing crescendos.

Dr Sheena intimates that, “all our songs are inspired by real-life events and aim to encourage the listener’s faith in God. Intimacy, our seventh album, is a bold and remarkable testimony of their love for God. The songs eagerly encourage the listener to invest richly in their relationship with God and their loved ones, presenting lyrics with a piercing vulnerability that fosters the overall message of intimacy”.

After the spoken word introduction, a declaration of the love and faith that the couple share, we head into Thank You Sheena which continues the theme of appreciation and thanks over a soulful dance groove. Piano lines cascade, gentle dance beats set up an infectious rhythm and the vocals are both emotional and expressive. This is music grounded in honest expression and mutual appreciation.

Birthday From Heaven takes a pop stance but one driven by rich, reggaeton-infused vibes. It is smooth and sassy, full of gorgeous groove and rolling rhythms, lilting along in a way that dares you not to dance and again full of positivity and optimism celebrating both another birthday and the love that the two have for each other.

And if proof was needed that Believe Over Hope easily moves with the times, the version of Dark Valentine found here is one that drives along on a skittering trap sound, all sharp percussion and bass pulses. But whereas such a sound would normally be used to set up a hip-hop sort of feel, here the added infusion of their homespun influences means that the result is what they quite perfectly call AfroTrap, a rich blend of African pop-dance traditions and the sound of more Western originated urban sounds.

Morning Coffee is a wonderful analogy, alluding to the emotional feelings and experience of waking up next to a loved one being like the joyful awakening that the first caffeine hit of the day delivers. It is sweet and soulful and, as refreshing as the experience that it sings about, a slow and seductive EDM beat entwining with the layers of vocal harmonies and electronic washes, it is as modern in its sonic execution as it is timeless in its message.

It is not until you get to I Have Found Jesus that you are reminded of the devotional nature of this album. The songs have, up until now at least, sought to praise through the artists’ declarations of love for each other. This, as the name suggests, is more unequivocal and direct, an unmitigated act of surrender and declaration of faith in a higher and more purposeful power. But again, musically speaking, it is wonderfully accessible to those who do not, or not yet at least, follow this path and the sound has much in common with the soul singers and blues divas of times past but musically made over for modern musical tastes.

Elucidating the production process, Prof. Richard shares that, “In this album, we partnered with the African music streaming platform, Aftown to create and share good and positive music with a diverse, forwarding-looking and culture-redefining signature. By the Grace of God, we pen the lyrics of our songs through prayer. Then we select a contemporary musical style and work with producers and session artists in UK, USA, Georgia, Germany, Nigeria and Ghana to create a unique and distinct signature for each song. However, it has been a process of growth, learning more as we embrace the diversity in God”.

The seventh track, Intimacy, Draw Me To Your Love, is gorgeously slow-burning, the ultimate sonic act of devotion and love, rising up from a graceful neo-soul sound, the song slowly surrounding itself with increasing musical layers, additional instrumentation, rising beats, cocooning itself in swathes of extra harmonies and deftly moving from understatement to anthem over the course of six minutes. What makes it work so well is that as the song ebbs and flows, as it takes incremental steps from gracefulness to crescendo, it never seems forced, each textured step and tonal addition seems not only natural but necessary until you find yourself in a place of sky-scraping sonic sentiment.

You Stole My Diamond is a timeless pop-soul track that again rises out of a fairly minimal place, one where the vocals are the main focal point before things take on a more dramatic tone to match and underline the power of the message, that physical belongings and money pale into insignificance in the face of the love of the Lord. And again, such a song would not seem out of place in the pop charts and it is this ability to blend musical accessibility with a devotional message that makes the album and the artists behind it, such a potent act and such successful creators.

We end with Lord Please Keep Carrying Me, perhaps the most traditional set of lyrics found here and put to a folk driven sound; acoustic, finger-picked guitars add sublime sounds, their electric cousins add weight, beats drive and the musical dynamic is allowed to rise and fall to match the power and the poignancy of the lyrics as required.

What makes this album stand head and shoulders above many found in the same realm is its brilliant accessibility. The lyrical message is often subtle and relatable meaning that even if you are not already following a similar path to Believe Over Hope, there is still much to be enjoyed here. It is musically modern and generically diverse, blending the most cutting edge sonics with more traditional forms. Its stories are intimate and personal yet universally relatable to those from all walks of life.

Someday all such albums will be made this way.

In Aftown, the future of Music made by Africa is unlimited and ready for a global stage in a different way. 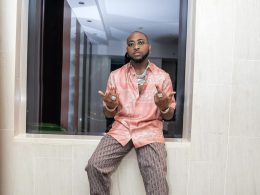 Davido announced on his Twitter page the release date of his upcoming single which features CKay and Focalistic,…
byTeam aftown
Read More

I am not Nigerian- ‘ESKEBELEBE’ hit maker exclaims

AKAATEBA CHRISTOPHER known in showbiz as Teflon Flexx, who hails from the Upper East Region of Ghana and…
byCurated