J.Derobie has made the whole music world listen

It’s only been four months since his inspiring breakthrough single Poverty was released, but J.Derobie has quickly become the talk of the music world.

The YouTube video has attracted over 1.2 million views, while he’s been praised by established performers such as Stonebwoy, Shatta Wale, Sarkodie and Samini.

And it’s not just in Ghana that the artist, born Derick Obuobie Junior, has been gaining admirers.

He’s also a hit in Jamaica with the likes of Kranium and Popcaan, with the latter so impressed that he recently collaborated on a remix of Poverty with J.Derobie.

But the biggest celebrity fan of the emerging dancehall star is the man who helped him find fame, Mr Eazi.

After all, it was the Nigerian singer and songwriter who picked him out of thousands of entries in emPawa’s $300,000 search for Africa’s next generation of superstar musicians.

J.Derobie, who still volunteers at the Madina branch of the Births & Deaths Registry, made the final 10 and his single, which features Mr Eazi, is the emPawa YouTube channel’s most viewed.

The 24-year-old has previously described himself as always looking up to his mentor. He’s about to follow in his footsteps too by performing at next month’s Ghana Meets Naija concert.

Mr Eazi was on stage last year and his protege, a skilled singer and rapper, will be handed the microphone at the Accra International Conference Centre on June 8.

Their minimum stake is just GH¢ 1 and their win bonus goes up to 135%, meaning that successful players can more than double their winnings.

betPawa is all about responsible gambling, making it easy to bet safely and securely online. The site is mobile friendly and uses very little data.

To experience it for yourself, head here: ?https://www.betpawa.com.gh?

A new dawn for Kuvie

Kuvie’s currently riding on a musical high tide. He’s arguably one of the best producers of our time.…
byAntoine Mensah 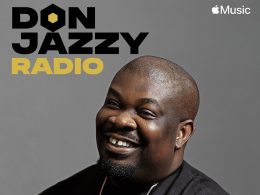 Afrobeats legend, producer, entrepreneur and founder of Mavin Records, Don Jazzy will as of today be hosting a…
byTeam aftown
4 shares
4
0
0 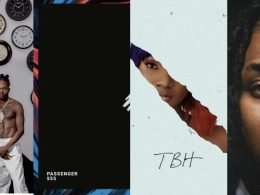 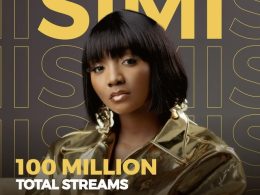