Nigerian afrobeats artiste, Kizz Daniel, finds himself tangled in a legal situation during his trip to Tanzania’s to perform at a show.

The ‘Buga’ hit maker was arrested and taken into police custody for allegedly failing to make an appearance for his performance even though he was in the country.

According to sources, fans gathered in wait for Kizz Daniel’s persona on Sunday August 7 in a sold-out show but he did not make any appearance, which brought the show to a premature end.

Kizz Daniel was arrested on Monday, August 8, it is alleged that the complaint was filed by the organizers of the show.

Confirmation of Kizz Daniel’s arrest by the organizers of the summer amplified show in Tanzania,where he refused to perform. #Kizzdaniel pic.twitter.com/MIdK25PiAw

Celebrated Ghanaian Rapper and Producer EL has released a new song ahead off his forthcoming album WAVs.
byAntoine Mensah
1 share
1
0
0
One comment 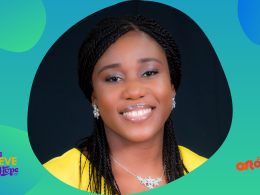 Intimacy by Believe Over Hope – An Aftown Original Album

Is it possible to make devotional music that has wider mass appeal, that resonates and excites an audience…
byTeam aftown
No comments