According to Mr Logic, American superstars R. Kelly and Teddy Riley had sent messages that they wanted to collaborate with Stonebwoy.

Speaking on Daybreak Hitz on Hitz FM Monday morning with KMJ, Mr Logic disclosed that Willie Roi, who is an Artiste & Repertoire (A&R) Manager at Zylofon Music, refused to pass on that information to Stonebwoy and his management.

“He got a text message from the US. Teddy Riley and R. Kelly, it was two big American artistes wanted a collabo with Stonebwoy and then Willie told me, ‘you see this, I won’t pass this info to Stonebwoy because this guy is stubborn’.”

He quizzed why he would withhold such critical information from Stonebowy, Willie Roi still said “no.”

“Willie Roi can never deny this because I was with him when the call came and the text message followed,” the entertainment critic stressed.

Mr Logic revealed that he later passed on the information to Stonebwoy who was then in Jamaica. He, however, said he didn’t mention the names of the artistes to the dancehall act.

He expressed worry about the level of hatred some persons at Zylofon Music has for Stonebwoy. “The hate for Stonebwoy’s brand to me, it was personal.”
Willie Roi, reacting to the allegation, told KMJ that “they were looking at Zylofon portfolio and they choose Stonebwoy to do a collaboration with that is the choice of artiste they wanted to do a collaboration with. We are still waiting.”

He noted that such collaboration doesn’t happen in a day. According to him, the collaboration is “not dead” and “we are still waiting for their schedules and then they will give us the time that we will go to the States.”

“I’m the A&R…I negotiate so when it is ready before I put it on the board,” and he is surprised that Mr. Logic will put this information out when he was contacted just two months ago.

Mr Logic, reacting to Willie Roi, said it’s been more than two months. He said Willie Roi was contacted in March this year which he couldn’t refute.

Asked if he informed Stonebwoy about the collaboration, he responded that, “You don’t talk to your artiste until the deal is set.”

VGMA19: DopeNation goes head to head with Sarkodie, Stonebwoy, & more for HipLife Song Of The Year

The Vodafone Ghana Music Awards Festival Is Back again. This year’s edition promises to be better and more exciting as…
byCurated
23 shares
23
0
0
Read More

#AftownConvos: Producer Kuvie shares secret on how to get major radio airplay

Celebrated Ghanaian Sound Engineer, Kuvie has shared a secret on how to gain airplay on mainstream radio. On…
byTeam aftown
Read More

How to get your music on aftown

With over 40, 000 subscribers in it's first year, there's absolutely no reason why artists, (especially indie artists) shouldn't have their music on aftown's sales and streaming platforms. Here are three steps to do just that:
byAntoine Mensah 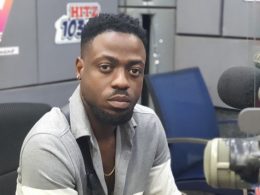 The Atlanta based Ghanaian hitmaker, Nektunez, has signed a long term deal with Sony Music & B1 recordings…
byTeam aftown
AllEscort