Nigerian afrobeat star, Fireboy DML has announced the date for the release of his upcoming album.

According to Fireboy in a tweet posted on Wednesday July 6, 2022, the album “Playboy“, will be released on August 5th of this year.

“My third studio album “playboy” – out on 5th of August. available for pre-save now,” read the tweet.

Ahead of his album release, Fireboy DML is set to release a single off his pending album, ‘Bandana” which features his label mate, Asake, on July 8, 2022.

Julian Darksta out with ‘Talk Talk’

JULIAN APPIAH known in showbiz as Julian Darksta, a Ghanaian-United Kingdom based Afro-beats and dancehall artiste who is…
byCurated
1 share
1
0
0
Read More 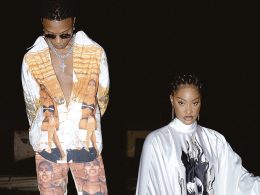