The Adiepena hitmaker in an interview with host DJ Nyaami on ‘We Dey Vybe’ on SVTV Africa revealed that, he stared in the much anticipated Sugar movie because it’s his upcoming album but aside from music, he has the talent for acting and if given the opportunity he would showcase his acting skills provided the script is good.
“You see in life every day, you go through things and discover new parts of yourself, so during this phase, I actually discovered that, I’m not bad in acting. If the opportunity opens for me I can add it to music. Kumawood is actually a prestigious industry and I won’t mind if the script is right and the plan is nice, I wouldn’t mind”

KiDi is currently working on releasing his maiden album ‘Sugar’. The album comes in form of movie which will be premiering on Saturday 1st June, 2019 at the Accra and West Hills Malls. The movie features a galaxy of stars including Kwesi Arthur, Adjetey Anang, James Gardiner, Kalybos, Fella Makafui, DKB, Richmond Amoakoh and a host of other celebrities. 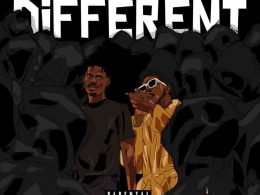 Songs You Need to Hear This Week

Emmanuel Smith lights up the Ghana music scene from UK 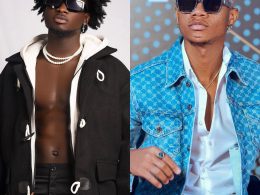 KiDi Opens Up About Relationship With Label Mate, Kuami Eugene

Dennis Nana Kwaku Dwamena, popularly known as Kidi, has made clear his honest feeling about the alleged competition…
byTeam aftown