Ghana’s celebrated singer and songwriter Efya has announced that she will be dropping a new single very soon.

A recent tweet post on her official Twitter handle disclosed that she’s been at the studio in preparation for a new project. She’s also hyped and can’t wait to give ‘gingams’ an epic piece.

‘Darling it’s almost that time …ouuu I must say I’m nervous but very excited. Been creating some new music and I can’t wait but U heard all the collaborations I’ve done since my last drop…?? A thread.’ the tweet reads.

The anticipated track is set to be Efya’s first single tune of 2021 though she has been in numerous collaborations. She was featured on Haija4Reall’s Gimme Dat, Samini’s Picture’, Vero’s Moda’ Mama (Moda’) just to name a few. 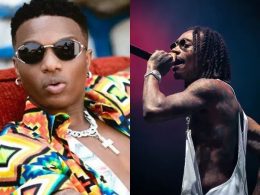 American rapper, Wiz Khalifa is returning to music as he announces his collaboration with Nigerian singer, Wizkid. The…
byTeam aftown
Read More