byCurated
1 minute read
Total
0
Shares
0
0
0
0
0
0
Fast rising Ghanaian artiste who sprouted from Ground up music, after gaining much airplay with his hit song ‘Wiase Y3 d3’ has released another banger dubbed ‘ Party’ which he featured Kwesi Arthur and Kofi Kinaata.
According to him  his new song inspires his fans to stop worrying too much about their problems and rather be happy about the few positive things in their life.
The song was produced, mixed and mastered by the artiste “I work with Kwesi Arthur in the same studio. one day i played the song and he liked so he just jumped on it. Kofi Kinaata came into the picture because of the vibe we want to achieve with the song. He was the best fit. This is a great banger for the Christmas and all your party moments”
The video was directed by Prince Dovlo.
Quamina MP says his favourite line is “Wiase y3 d3 nntsi shun the worry.’
The artiste thrilled fans last Saturday on December 7,2018 at the S concert at Trade Fair.
https://youtu.be/lAz190EsdVQ 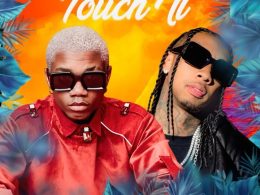 Ghanaian Afrobeat superstar, KiDi puts Ghana on the map once again with a cross-border and mega collaboration. Prior…
byTeam aftown 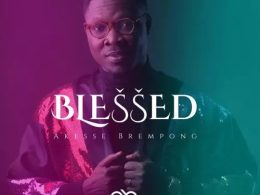 Akotowaa describes herself as “unashamedly obsessed with words.” She just released her much anticipated EP “Solitaire” through her…
byTeam aftown
Read More