Paq is known for producing songs for artistes including; Shatta Wale, Guru, Wiper, Edem, Kwaw Kese,Yaa Pono, Gasmilla, Magnom, Lord Paper, Skonti, Mr. Eazi, among others. On how he started his career in music production, Paq revealed that “at the age of 13, I got a copy of the fruity loops software and began experimenting with it. I was always on my computer exploring and trying to create music. It was at the age of 17 years when I decided to go commercial and started working from various studios.”

When asked on what  ‘Alarm’ meant to him the record producer  said ”Alarm is a song I wrote to motivate anybody going through hard times. It’s to let them know that there’s always light at the end of the tunnel so they should keep pushing and believing in themselves.” Known in real life as Stanley Dartey, Paq has an ultra-modern and multi-purpose multimedia studio located at Lartebiokorshie in Accra.

The award-winning Record Producer also stated that “Although sometimes it seems as if all hope is lost. It is because we trust our fellow men and that is not right…..…THE ONLY PERSON THAT CAN DO IT FOR YOU IS YOU! So get up and start doing”.

listen to “Alarm” on aftown 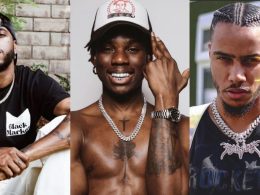 The song basically talks about Africa, the culture, the art, the people, their energy. Ogya is a song that holds…
byCurated
19 shares
19
0
0
AllEscort