On March 13th, 2022, the 21-year-old singer, songwriter, and performer had an exclusive listening party for his new album “Rave & Roses,” where he revealed unique details about his 16-track record.

As part of the roll out plan for the album, Rema has shared the official track-list via his respective social media timelines.

‘Rave and Roses’ is a 16 tracklist body of work with exciting collaborations with the likes of 6lack, Chris Brown, AJ Tracey and Yseult.

The 21-year-old announced that “Time & Affection,” a song featuring Chris Brown, will be included in his upcoming album “Rave & Roses.” London produced the funky Afro-fusion hit, which is also the project’s 6th single.

Rema revealed that the album’s first track, “Divine,” was produced by ace Nigerian beatmaker Sarz, who has collaborated with the likes of Wizkid, Drake, Beyonce, Skepta, and others.

ALL PRODUCERS ON THE ALBUM ARE BENIN CITY INDIGENES

The singer also said that the album’s African producers are all from his hometown of Benin City. Sarz is one of them.

THE BENEFITS OF THE NFT ALBUM

Rema also said that the album would be accompanied with an NFT, which will include exclusives such as birthday shout-outs, performance ticket discounts, and more!

THE PROJECT IS A “FRESH AIR FOR AFROBEATS”

The talented chap made it known that the album is a “fresh air for the culture.” He emphasized the originality of the project and sees it as a gesture to seal his sound for good..

Meanwhile to his latest song on here

Young Ghanaian artiste CDA, is appealing to music lovers to support good music. According to him, Ghana has…
byCurated
1 share
1
0
0 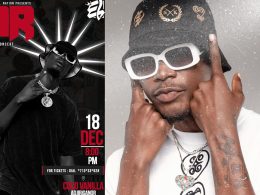 With 2021 almost a goner, ELiens already know the drill. It is time for one of the capital’s…
byTeam aftown
16 shares
16
0
0
Read More

TEFLON FLEXX, ONE of the greatest artistes from the Northern part of Ghana, born Akaateba Christopher who recently…
byCurated
1 share
1
0
0
Read More

DJ Kess discovered her talent in Senior High School (Archbishop Porter Girls, Takoradi) when she was made the…
byTeam aftown
AllEscort