Sho Madjozi has announced a tour to 6 European countries, after taking a break from music for a while, after her issues with her previous management.

Taking to her Instagram, she confirmed the speculation that she indeed took time off music to make new music, as well as prepares for her tour in Europe.
The tour is meant to begin on June 20, and end on July 9 according to the Instagram post.

J.Derobie has made the whole music world listen

It’s only been four months since his inspiring breakthrough single Poverty was released, but J.Derobie has quickly become…
byCurated
6 shares
6
0
0
Read More

Ghanaian Afro-Pop star, Wiyaala, has visited Benenden School, an exclusive all girl boarding academy in the heart of…
byCurated
11 shares
11
0
0 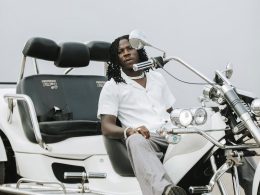 The song is uptempo and has a catchy chorus and beat. You can still sense the soul in the music so it doesn’t take away from the style of music we know Yaa Yaa to do.
byTeam aftown
3 shares
3
0
0
AllEscort