Mega-superstar Wizkid took to his Instagram story to announce the completion of his upcoming fifth studio album “More Love, Less Ego, which is to be release in the third quarter of the this year. Wizkid made this announcement on May 22, 2022.

The announcement was followed up with another Instagram story post thanking all he worked with to complete the album.

‘More Love, Less Ego’ comes two years after Starboy Wizkid’s fourth studio album ‘Made In Lagos’ released in 2020, which saw a good number of award nominations and some award winnings.

The official date for the album release has not yet been made official, however, it is well known that it will be released between July and September.

BUDDING GHANAIAN artiste Stardom, has promised to take Ghanaian music worldwide through hard work and determination. According to…
byCurated
1 share
1
0
0
One comment 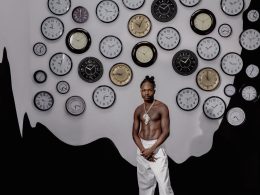