Ghanaian rapper and songwriter Derrick Sarfo Kantanka whose stage name is Amerado has announced the release of his first single of the year ‘Metua’ which features Kuami Eugene.

The announcement came a day after celebrating his 27th birthday which fell on 14th February 2022.

The rapper who has been making waves on the internet with his hit song ‘abotr3’ and alleged dating rumor with media mogul Delay is expected to blow up the minds of Ghanaians and the world at large with Metua.

Making the post on his social media pages, the rapper thanked his fans and loved ones for their best wishes for him during his birthday before making the official announcement.

Younger K.A as he is mostly called in a recent post shared a teaser of the upcoming song and we must say it’s a monster hit already.

The song is expected to drop on Tuesday, 22nd February 2022 followed by the visuals.

Meanwhile listen to Amerado and 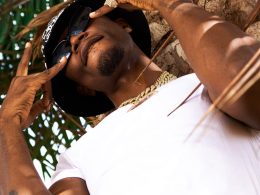 In the decade gone, E.L reached escape velocity and shot for the moon. He was simply out of…
byCurated
No comments
Read More
1 minute read

It’s been very difficult for me!!! – Singer, Tekno Cries out