Don’t ever give me a ‘Dancehall Queen’ – Akiyana

byCurated
1 minute read
Total
1
Shares
1
0
0
0
0
0
Sexy Ghanaian Dancehall artiste, Akiyana, dropped a bombshell on Pluzz 89.9fm when she says nobody should bestow a “Dancehall Queen” title on her.
“I don’t ever want anyone to address me with a ‘Dancehall Queen’ title! I don’t want it. People seem to misunderstand that title. When they say somebody is a Dancehall Queen it simply means she’s the hottest female on the dance floor at a Dancehall Bashment. I am not that, I’m simply a Badgyal inna di Dancehall, I’m the hottest and he dopest and that’s it”, Akiyana confidently admits.
Interview on YouTube: https://youtu.be/y1XlvmWGRl4
The shocking revelation by the new female Dancehall sensation left the “Area Gang” show host, Elvis Crystal, with a dropped jaw!
Akiyana was on Pluzz 89.9fm last Friday to promote her new single “Nobody Bad” which featured Kelvyn Boy from BhiM Nation. The song has been receiving some good airplay and positive reviews with higher scores on YouTube views for the official video shot by Director Abass.
NobodyBad on YouTube: https://youtu.be/NFtAhJjGlBk
She raised eyebrows with an earlier cut “Pray”, a refix on Stonebwoy’s “Top Skanka Riddim”.
Born Angelina Akiyana Kweku, The saucy Singjay is very optimistic of pushing her craft to he highest of levels. You ca follow her on Instagram & Twitter @AkiyanaMusic and on Facebook as Akiyana. 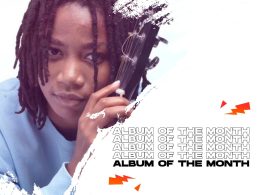 What We Are Binge Listening This November: Baaba J’s “Lumumba St” EP

Every month, Aftownmusic will be highlighting one album/EP or mixtape just for its sheer brilliance and replay value.…
byCurated
Read More 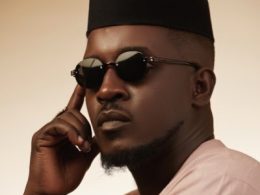