Phyno is back again with an announcement of an electrifying new single titled “Full Current”, set to be released on Friday, July 28, 2022.

Taking to his verified Twitter accounted, he posted a teaser of himself giving to the song and naming Tekno as a featured artist on the track.

His last album, “Something To Die For”, featured some artists like The Cavemen, D Smoke, Olamide, Peruzzi, Jay Teazer, BeePee, Pappy Kojo, and Flavour. 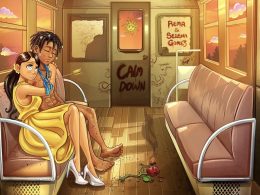 Every day is a happy time for Ghanaians; our dire economic situations notwithstanding. That sense of camaraderie and…
byTeam aftown
One comment
Read More
3 minute read

Stonebwoy ’s international recognition is a result of years of hard work, consistency and focus on building a global brand that would leave a legacy in the genre of dancehall and reggae music.
byAntoine Mensah
4 shares
4
0
0
No comments
Read More
2 minute read

The award-winning radio, club and event disc jockey, Vision DJ does his talking through his music, showcasing his…
byTeam aftown
No comments