The music business is about who you know-Iona

UP- AND- COMING GHANAIAN female artiste Abena Onuawonto Sam, known in the music scene as Iona, is saying that most of the upcoming artiste cannot break through the music space because they have no ‘connection.’

According to Iona, as a new female talent on the block, her gender is not a challenge for her in the music space but lack of connections or not knowing people in the industry can kill a talent.

In an interview, she said “My challenges are not as a result of being a female but it has to do with how difficult it is to break through for people to know you as an up – and –coming artist, because people by nature always trust things they have tested and already used to. Having the ‘connections’ in the industry will also aid in pushing your talent.”

The versatile artiste who started singing in the church, started music professionally this year and has dropped a new single dubbed ‘Penetrate’, which according to her is an Afro beats genre.

‘Penetrate’ was produced by Brainy Beatz and was written by Iona with the help of her manager and video directed by Boateng Eddies.

Edem, Kuame Eugene, Shaker, Gasmilla & FlowkingStone are all featured on Nana Yaa's new EP coming out this August. From what we’ve heard, we can guarantee it’s going to be worth the wait.
byAntoine Mensah
1 share
1
0
0
Read More

As part of plans to create a new brand, musician, Akoo Nana will now be referred to as…
byCurated
10 shares
10
0
0
Read More 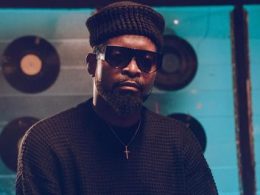 Nigerian comic actor and music executive, Basketmouth has established himself as one of Nigeria’s most well-known performers, and…
byTeam aftown
AllEscort