Fameye shared the album cover for his Songs of Peter album via his social media account earlier today. The album cover is a close-up short of the artist, cladded in black leather jacket and jewelry.

The ‘Praise’ hit-maker who’s currently touring in Europe ahead of the release said he was excited to share the album cover with his fans ahead of Friday’s release of his sophomore album, Songs of Peter.

Though a full tracklist of the Songs of Peter has not yet been released for the album, Fameye hinted the much anticipated track list will be shared on Wednesday, 27th April 2022.

Songs of Peter will follow Fameye’s breakthrough 2020 debut album, Greater Than, and his 2021 viral song Praise. 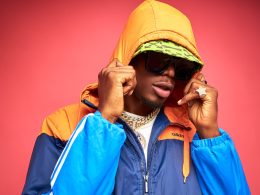 Journey Through The BAR Mixtapes with A True Elien

1st July 2019 is here, and it is also #LordSZN. Fans have eagerly been waiting for news on…
byCurated
1 share
1
0
0
AllEscort